You are here: Home / shipping

Nearly all merchant ships use oil in some form for their main engines and for generating electricity. Fuel costs are a major element of the running costs of a ship. For example over the last 6 months the price on  the Rotterdam market for low sulphur 380 cst has fallen from about 630 US Dollars to in the region of 230 USD Similarly Marine Gas Oil has gone from 880 US Dollars to about 460 US Dollars. When consumption is measured is tens of tons per day the saving on a four week voyage can be considerable. This can lead to increased profitability for the shipping company and/or a reduction in freight rates which will act to boost the amount of cargo carried.

We are already hearing people on the television news talking about their reduced fuel costs. Some are talking about using their cars more. Alternatively this leads to more disposable income. If that allows increased spending in the shops there will be a rise in shipping traffic to restock the shops with imported goods.

Similarly reduced shipping costs can act as a boost to the national ability to earn foreign currency through exports.

Most countries have oil stock reserves, when the price of oil is low it is a golden opportunity to increase the amount of oil and Gas held in reserve thus increasing oil tanker traffic to import the oil. Interestingly this has not happened yet. There are a lot of Gas tankers, and no doubt oil tankers too, lying idle. The explanation is that the importers are delaying buying stocks until the prices have reached their lowest. Watch this space, idle tonnage may easily get chartered very soon.

The offshore Oil exploration industry is going through a downturn because of the cost of exploration being greater than the likely return from oil found. This obviously has a negative effect on places like Aberdeen and employment in the offshore industry in general. Quite how deep or long term the down turn will be is a bit of an unknown. This is particularly so because of the length of time it takes to discover new oil deposits and put in place the necessary infrastructure before any oil flows. The oil majors have to look several years ahead. It often appears that cutting back on staffing levels and thus costs is the easiest policy when belts have to be tightened; but is it the best decision for the long term prosperity of the company?

“After three years of high and deceptively steady oil prices, the fall of recent months is a stark reminder that the norm in energy markets is one of continuous change,” said Spencer Dale. “It is important that we look through short term volatility to identify those longer term trends in supply and demand that are likely to shape the energy sector over the next 20 years and so help inform the strategic choices facing the industry and policy makers alike.”

Their CEO Bob Dudley went on to say:-

“The energy industry works on strategies and investments with lifespans often measured in decades. This is why an authoritative view of the key trends and movements that will shape our markets over this long term is essential… and is precisely why this Outlook is so valuable.”

With the exception of the offshore industry, in the short term the downturn in oil prices should generally be beneficial to us, the shipping industry and the nation. Perhaps we should make the most of it whilst it lasts? 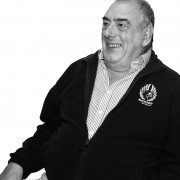 I have been a navigating officer in the Merchant Navy, Coastguard and been involved in Harbour Management. Since 2004 I have taught in the Maritime training field and become a qualified teacher.

Nick HardingInstructor
https://www.ecdis.org/wp-content/uploads/Oil-Price-Drop-Blog-Post-Header.jpg 954 1715 Neil Savage https://www.ecdis.org/wp-content/uploads/ecdis-logo-2017.png Neil Savage2015-02-19 15:07:432018-03-26 10:30:33What is the effect of the recent drop in oil prices on the shipping industry?
View All Maritime Discounts and SalesVisit
Scroll to top