Get Updated When Course Becomes Available

The Company Security Officer course is intended to meet the requirements set out in sections A/2.1.7 and A/II of the ISPS Code and corresponding guidance in Part B of the Code and relevant UK legislation.

The Company Security Officer (CSO) course, is mandatory training for those undertaking the duties of a company security officer for all commercial vessels, fishing vessels and ‘super yachts’. The course will cover the reasons for development of the International Ship and Port Facility Security Code (ISPS) and its continued use; relevant international conventions, codes and recommendations relating to ship and port facility security including:

i. SOLAS Chapter XI-2 and the ISPS Code; ii. Associated SOLAS requirements (Chapter V and Chapter XI); iii. IMO Circulars and guidance publications including those relating to piracy and armed robbery; iv. UN Convention on the Law of the Sea (UNCLOS);

v. Convention for the Suppression of Unlawful Acts (SUA) and protocols; vi. EU and UK Legislation; vii. Best management practices (BMP) – latest version and other government guidance; he roles and responsibilities of relevant bodies and organisations with regard to

security threats or incidents affecting ships or port facilities; the roles and responsibilities of Contracting Governments, designated Authorities and Recognised Security Organisations and associated security administration; assess risk, threat and vulnerability to the ship, its personnel, cargo and operations. The course will cover security both on board the ship and the interface between ship, operating company and port facility.

The background to the ISPS Code and relevant legislation introduce the course. The course then discusses the company security organisation, the roles of the CSO, SSO and PFSO, general security requirements, security administration, ship security assessments, risk management, security threats and patterns with the consideration of persons likely to threaten security.

The preparation of elements of a ship security plan, methods of physical searches, the recognition and detection of weapons and the beneficial use of security equipment and systems are introduced. The need for training and drills are addressed including practical measures to achieve implementation. The importance for all personnel to be aware of and adhere to pre-planned emergency procedures is considered together with crowd management techniques. Security contingencies and appropriate responses are discussed and prepared.

There are 6 outcomes to the training:

Outcome 1: The learner knows the requirements for ship security and the roles and responsibilities of organisations and individuals involved in it.

Outcome 2: The learner is able to assess risk, threat and vulnerability to the ship, its personnel, cargo and operations.

Outcome 3: The learner knows the capabilities and limitations of security methods, equipment and systems.

Outcome 4: The learner is able to draw up a ship security plan and related regulatory requirements and can ensure implementation.

Outcome 5: The learner knows how to determine the effectiveness of current security arrangements, procedures and equipment.

Outcome 6: The learner knows how to promote security awareness and vigilance on board ship.

There are no pre-requisites for entry to the training. 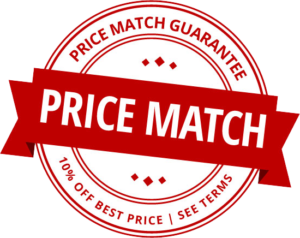