Improving the ECDIS website was one of the original priorities I had when I first started here back in April last year, although it soon became clear that we wanted to do a bit more than just improve the site and it was in August 2014 that we decided to fully redesign it.

We wanted to “go against the flow” of other maritime training sites, and create a clean, open, spacious site, with a modern design and a colour scheme to tie in with our corporate theme. We also created a colour scheme for the courses in the new brochure and wanted to reflect that on the site.

The website has had several changes; however the first major stage only took around a month, as the majority of the content was already there. We’ve been live with the new site now for around 4 months, although there’s been a lot added to it since the initial visual re-design in September 2014. One of the main reasons for changing the design of the website was that the previous version wasn’t compatible with expansion. The latest update to the site followed the completion of the 2015 courses, products and services brochure, which included a large range of new courses developed for the New Year.

Over the next years we plan to constantly expand the site, adding videos and mini sites all within the main ECDIS website. We are currently designing mini sites for both the Port Creation and Simulator Builds which will independently stand alone, separate from the main site, but will both follow the design and feel of our current site. 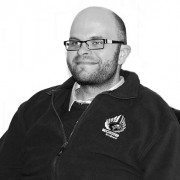 I am a web geek, with a love of art & design, and have been designing websites for over 10 years. With the stereotypical loves of Star Trek and other sci-fi, I also play the saxophone in my spare time, love jazz and am actively involved with my local Church. 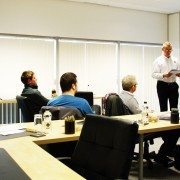 ECDIS to be made mandatory under SOLAS 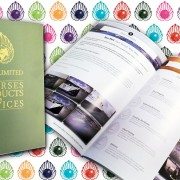 Development and creation of the 2015 ECDIS Ltd Brochure

Want to join the discussion?
Feel free to contribute!

Back to Latest News

“Quick crash course for inspectors, very helpful. Made me feel much more comfortable with ECDIS, asking questions and being familiar with all need to know basics”

If ECDIS Ltd offered concrete Cadetships the standard of maritime expertise would be vastly improved.

Having not done the ECDIS generic course for some years it was well worth while doing the type specific, and in fact would be tempted to do the full ECDIS course again to help refresh.

“Better away from a nautical college. Nice to be treated like adults not cadets. Appreciate free use of coffee/tea facilities”

“One of the best establishments for comfort that I have visited for a while. Better than any college!”

It was an informative day that explained the use of the ECDIS, was a very good experience – ECDIS Type Specific Course

“I was very impressed. I expected the course to be a tick box exercise, “I need this to be compliant on my ship so let’s get it out of the way” but actually found it very useful and enjoyed the experience”

“I had a great week and leant some useful information that I will implement into my working environment. A word must be said of the instructor and what a great teacher he is – Fun, engaging and professional. Great 50th HELM course”

Development and creation of the 2015 ECDIS Ltd Brochure